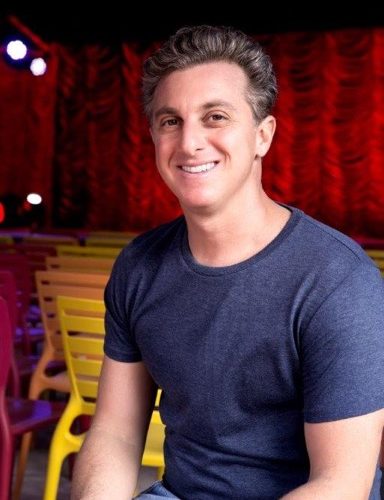 Luciano Huck, 46, is a television host and one of the most important influencers in Brazil.

For the past eighteen years, he has hosted “Caldeirão do Huck”, aired every Saturday by Brazilian network Rede Globo with an audience of about 18 million people per program. Luciano believes in a high impact television with messages of protagonism, empowerment and world change. This is the essence of his TV show.

In addition to his career in the entertainment industry, Luciano is an active member of Renova and Agora, civic movements that encourage ordinary citizens to engage in political renewal, contributing to the development of proposals in order to give a new direction to the country.

In 2010 Luciano founded Joá, an investment fund focused on technology and wellness businesses.

In 2004, he founded Instituto Criar de TV, Cinema e Novas Mídias whose mission is to promote professional, social and personaldevelopment of young people through the audiovisual sector. Since its inception, the Institute has trained over 1,900 young people to marketplace.

All Sessions by Luciano Huck